FIND THE APARTMENT THAT WILL BE PERFECT FOR YOU 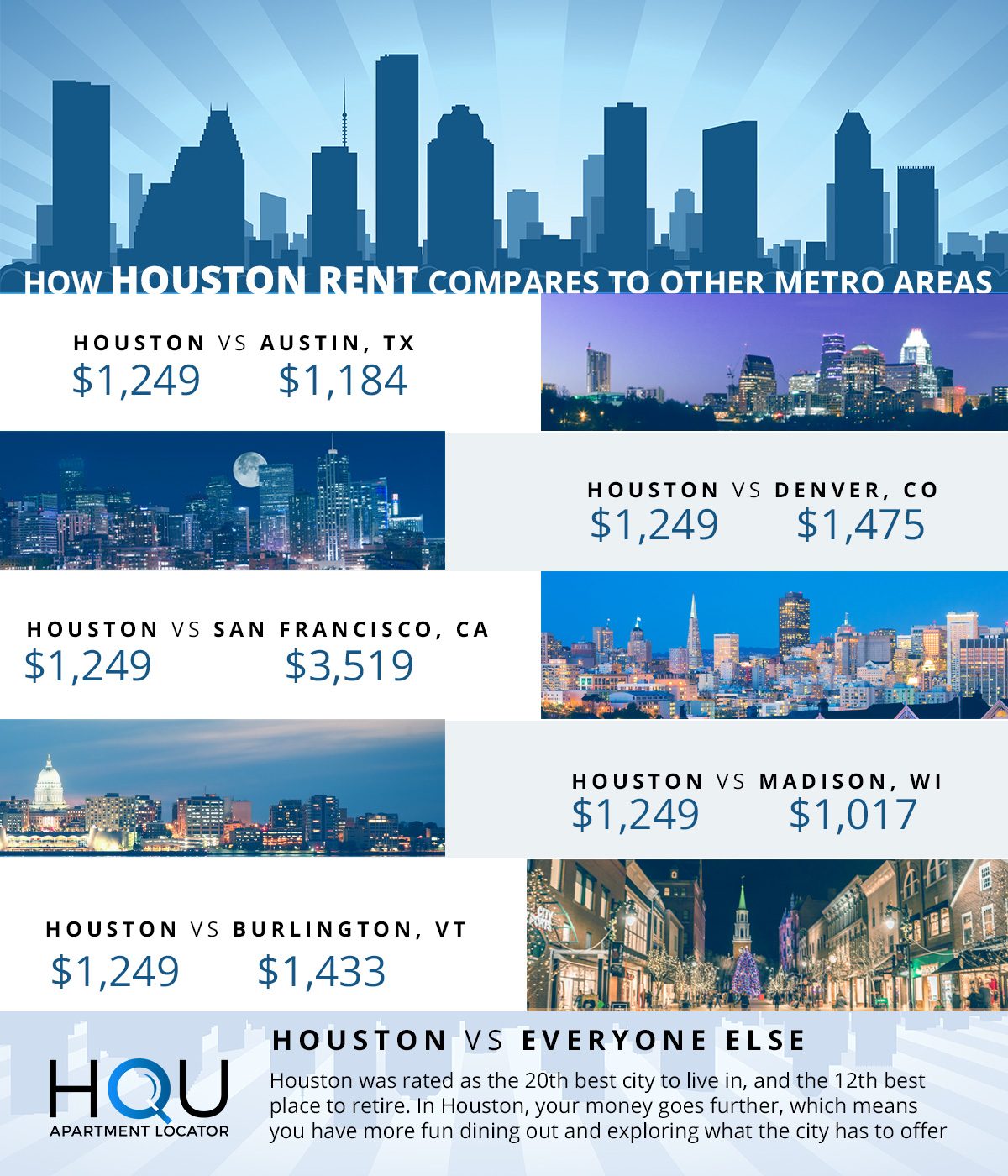 The average rent in Houston is $1,249 per month, and it is expected that rent rates will continue to rise in the area 4.9 percent every year. If you’re looking for local apartments for rent in Houston, see how rental costs compare to other metro cities in Texas and in other states.

Housing costs come at a premium being so close to the Rocky Mountains. Rent in Denver is comparable, being at $1,475 compared to Houston at 1,249, but if you’re going to buy, it’s almost twice as much! The overall housing costs are 27 percent higher in the Mile High City. Food — it is ranked one of the healthiest cities — and healthcare costs are the most expensive part of the cost of living in Denver being, 15 percent and 17 percent higher than Houston.

Unless you’ve made you money in Texas oil, San Francisco is 208 percent higher in housing costs, with rent doubled in San Fran. To stay healthy and fed, you’ll need to shell out roughly 45 percent more on food and healthcare. And, if you need to get anywhere, it’ll be at a price; transportation costs are 42 percent higher than they are in Houston.

The overall cost of living in Madison is higher, but renting is a little cheaper by approximately $300. Buying a home is about seven percent higher, with healthcare and food costs being at a premium as well.

Houston vs everyone else

Houston is a pretty great place to rent in because the rent is not unreasonable at all. Texas is rated number nine on the list of America’s 10 Cheapest States to Live In 2017. The Houston metro area attracts people with an entrepreneurial spirit and those who like a lively city. Your money goes further in Houston than in other major metro areas, which allows for more expendable income on award-winning restaurants, like Underbelly.

According to a US News poll, Houston is number 20 on the Best Places To Live and the 12th best place to retire.

If you’re searching for a great city with friendly folks and beautiful year-round weather, search today with Apartment Locator Online to find the apartment for you! 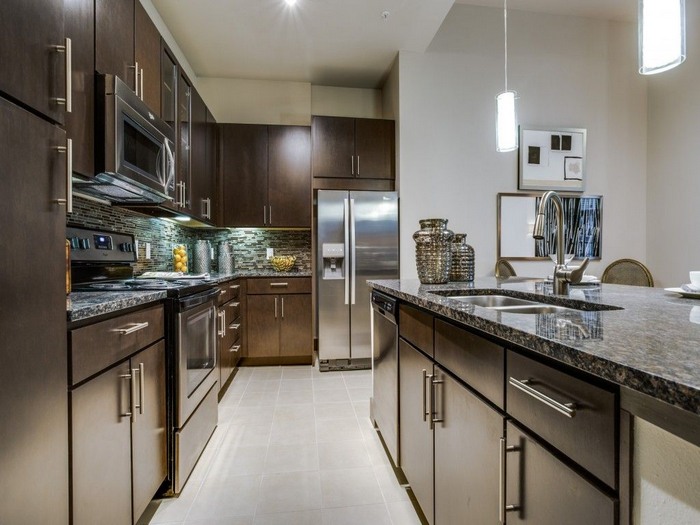